Anyone who knows me knows baking is a rare occurrence in our home. In fact its so rare that when I told my family (a few years ago) I bought a Kitchen Aid many of them laughed at how much it would be used. Ok they were right, it hasn’t been used very much… Until this weekend!

I am normally very diligent at checking the nutritional value on foods. However when our son took a liking muffins more recently, especially Carrot, I told myself it was ok when hubby and son bought them a few times at the grocery store because they “should” be healthy and “I just don’t have time”… Until we ran out and it was me going to the grocery store.  If anyone saw me in the grocery store they most likely would have burst out laughing because my jaw literally fell open!

26 grams of sugar in ONE muffin. ONE freaking muffin! A carrot muffin at that! I immediately got on google to figure out just how much that is. Its .91 oz. Holy freaking hell. Pretty well a shot glass of sugar PER muffin. Its also not far off the amount in a can of pop! :O

I didn’t buy the muffins. I did however buy the ingredients to make carrot muffins at home this weekend.

I will admit the thought of baking and dirtying a lot of dishes is far from appealing for me. I prefer to cook vs do dishes on a good day haha! However for my kids I AM DOING THIS! Sugar affects them. My son in a very large way. So anything sugary, candy, gum, drinks, foods, white flour/pasta/rice, all negatively affects his blood sugar. I am exactly the same. My daughter however loves sugar and can handle sugar. Regardless of her love its not something we have in our home on a regular basis. As well with the invisible illness I have, PCOS, I have to be mindful for my daughter. There is a very good chance that she may have the same as I do. I need to build up, educate and empower both my kids to be healthy and happy.

The other thing I had to mentally get past was that I DO have time. This is something that is important to not just me, for my husband and kids as well as everyone else in our family. So last night the four of us had a family meeting. It was awesome. I was honest with my family – if we are going to truly make these changes which will benefit everyone, I need everyone on board. That means when in the kitchen everyone is helping out, between prepping, cooking, emptying the dishwasher, doing dishes etc… VS this all falling on me. My heart was exploding with love when both kids jumped up from the table and said ‘Ok lets do it’ and went into the kitchen and began putting groceries away and emptying the dishwasher. YAY!

This also means that I had to take a step back from how “I” want things put away or done in the kitchen. Telling the virgo in me – its ok take a deep breath! We can clean as we go and after the recipe is made they can help put things away.  I can also let them know where things go but need to also let them be a bit independent about this and empower them to make the right choice. I found two pasta sauce jars on their side in the pantry on top of two others things. I almost said to them “Ok guys really” when I realized there wasn’t any space on that shelf and I hadn’t told them I was now putting the jars of sauce in a different cupboard. Instead I just moved them making a mental note to let them know for the next time.

In the past we’ve had them empty the dishwasher and do this and that, however now as a family we are taking this step together to live and be healthier – I am so darn excited and they are both feeling so very proud!

So this afternoon my kids and I were in the kitchen!

First up was baking Carrot Muffin’s with my boy… 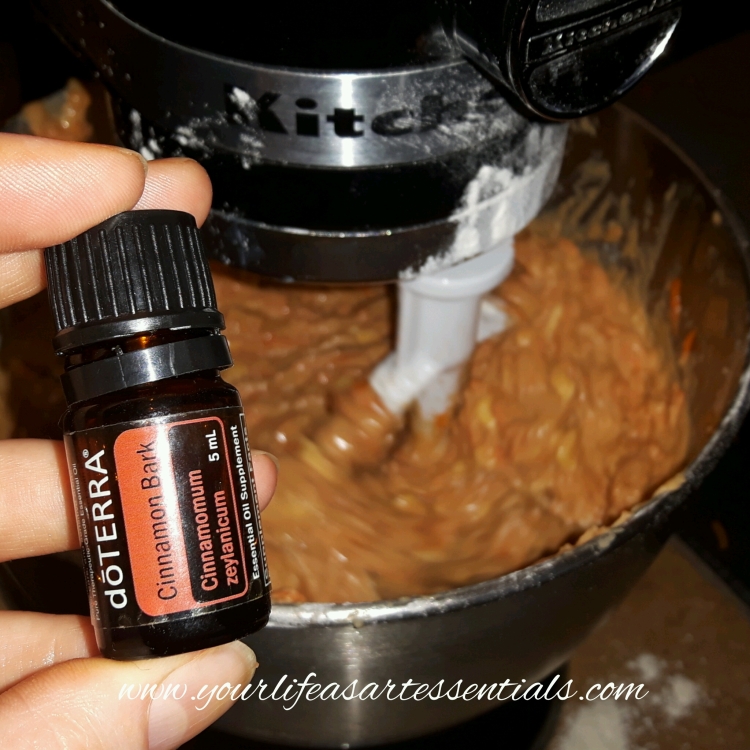 We used our doTERRA Cinnamon Essential Oil in place of the powdered Cinnamon. I added a drop in with the wet batter and whipped it well. Tasting them after they came out of the oven we totally could have put 2 drops in!

Next up was making Apple Crisp with my girl! 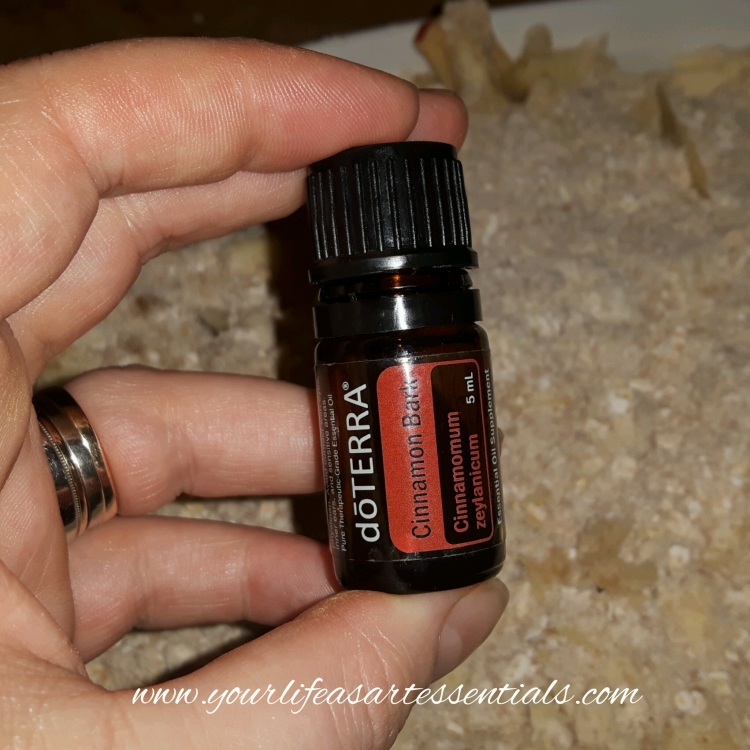 We also used 2 drops of our doTERRA Cinnamon Essential Oil in place of the cinnamon spice powder. It was omgoodness yummy!

Change can be a good thing and putting our health a main priority of these changes is one of the best feelings ever! Cheers to 2017… in a very yummy way 😉

My heart and belly are full this Sunday evening ready to start the week!

Published by Your Life As Art Essentials - Pamela McLellan-Zmija

My name is Pam, I am a nature and lifestyle photographer, biz woman, number cruncher, oil lover, healer and most important, a mom and wife. I inspire and educate mom’s and their families to become the true architect of their life to learn real, simple and affordable ways of positive change in their lifestyle to be healthier and happier… naturally by being empowered and educated in their own homes! I am creative and conscious about the value of a dollar and am driven by goals and dreams! #oilyphotographer #doTERRA #EssentialOils #YourLifeAsArtEssentials #PCOS #MentalHealth #ADHD #ouroilylife View more posts